In any given CTF map there's a few things I look for, but the biggest one is the playability of the bots. Because I don't play online as much as many others do so I need bots that can provide me a good challenge as well as potentially win the game. Not that I think there's a vast conspiracy or anything of mappers that design maps where bots can't do that great a job but I do find a lot of maps that seem designed, by overlooked gaps in pathing or a general non-fondness for bots, to prevent bots from scoring any flag captures. 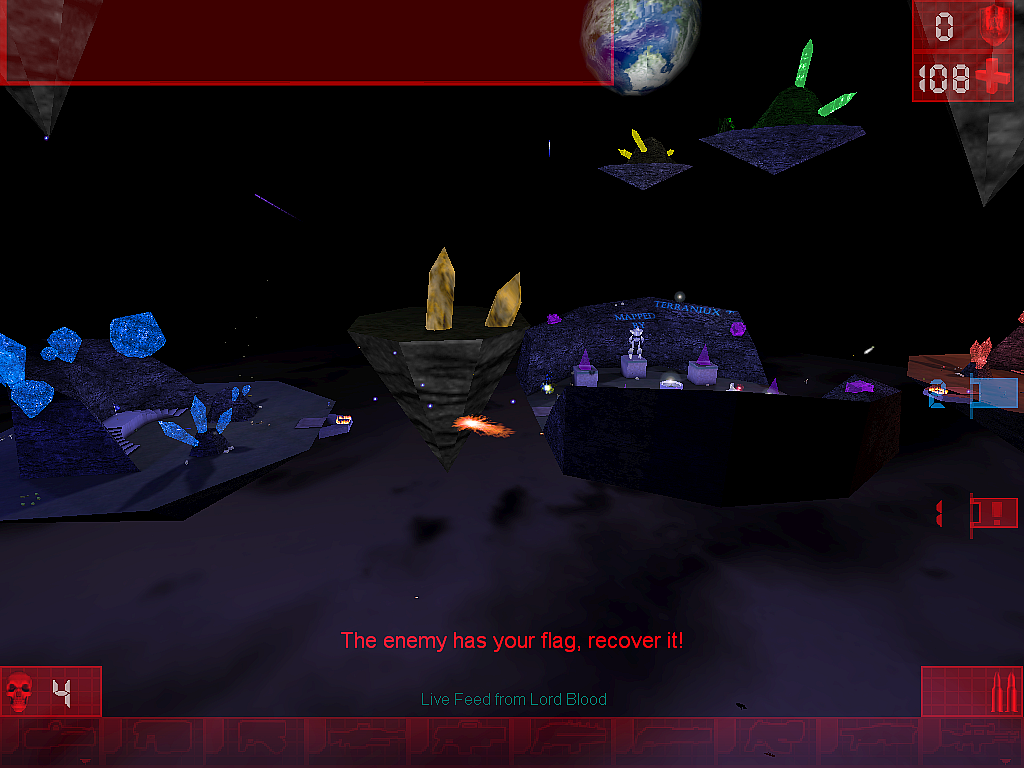 I've added Warlords to this map for every color of raw crystal displayed (Terraniux made this map and he likes crystals) and though this isn't a CTF4 map there is a Yellow Warlord and a Green one too. Adds an additional challenge for their unpredictability as they make war on each other as well as everyone else on the map. Plus, depending on how things go, they often wind up far out of shooting range but firing at each other high above where players are and that's kinda pretty. 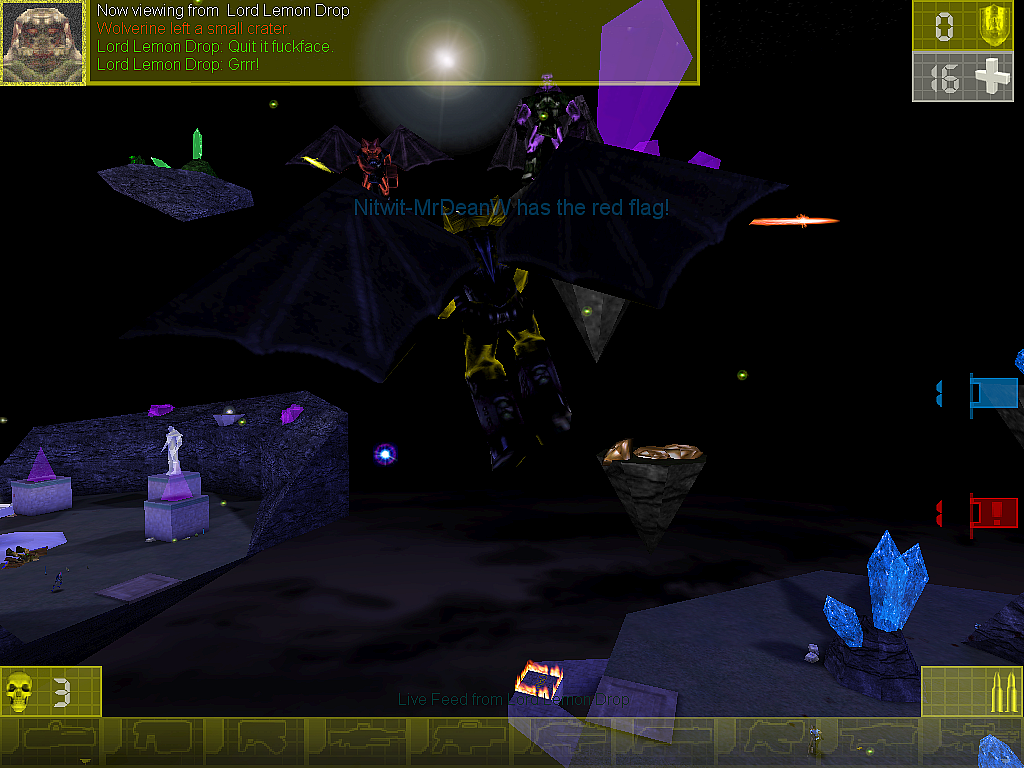 Map has a lot of jump-pads though it isn't a w00t map; think the qualifier for w00t is an INSANE NUMBER of jump pads. It's a sizable playing area of floating bases and a center island in space. Nelsona fixed the pathing so bots actually can score points, though admittedly playing standard 2 team games with 4 players to a team was enough of a challenge before with all the combat going on in there. 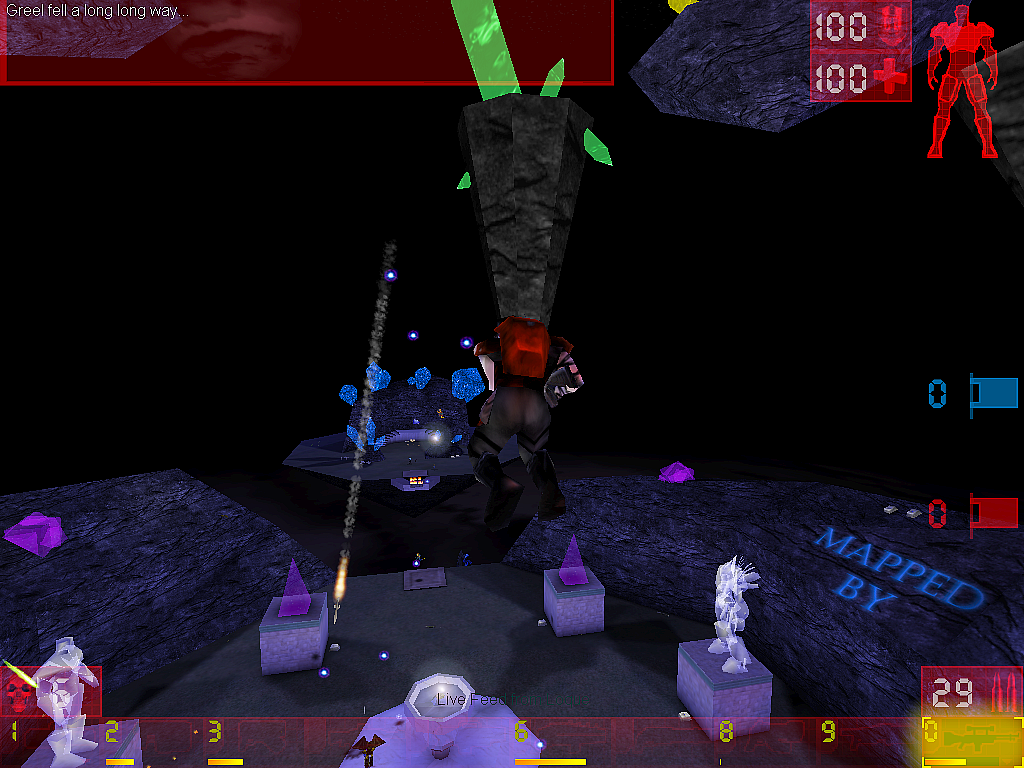