by evilgrins
Part of why I'm delayed on certain projects is I rarely work only 1 thing at a time. Kinda scatterbrained like that, which is why I'm lagging on 7 different skinning projects at the moment (only 3 of them are my own) and I'm actively making edits to about 40 different maps. Bopping back and forth to each project, doing a little here and there, until finally stuff gets done. 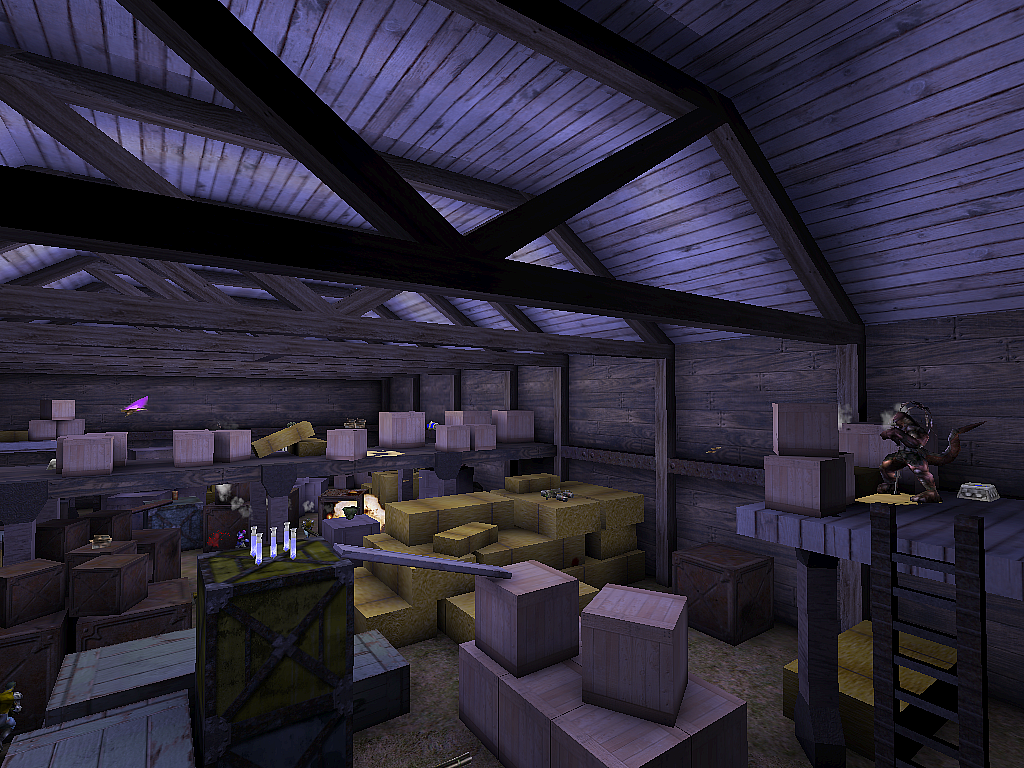 My original plan was to censor/fix them all and then re-release them in a map pack... but as stated above, I get a wee bit scatter-brained on this kinda stuff. 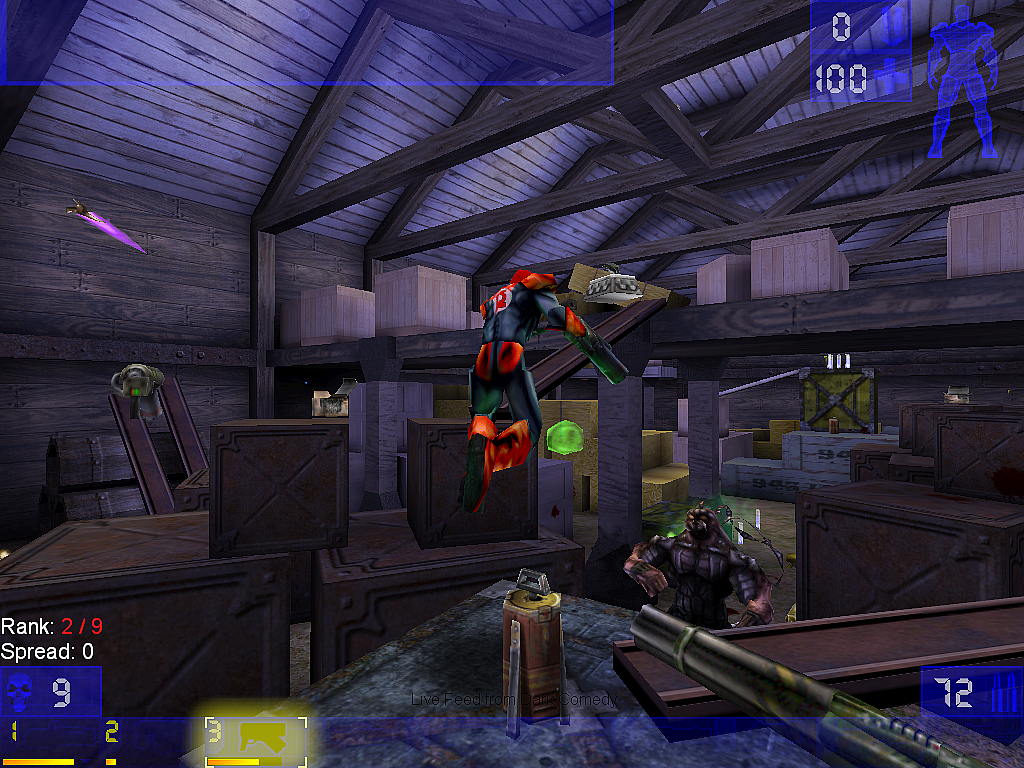 This is a tightly packed arena sized map, lots of places to duck and cover, a few places to get stuck in with no way out until somebody kills you. Barney (named for silly reasons) is a SkaarjBerserker firing deadly razor-blades all over.

My initial experience with ut99 (been playing it since it was first released) largely involved a mutator called Monster Madness which I loved as it put monsters into the game that could score and potentially win; MonsterHunt didn't exist yet at that point. Which is why I enjoy GorGor's Unreal Tournament Deathmatch Monster (UTDM) creations as they're kinda sorta big bots in monster form and can win games if you're not careful...

...and I've largely been using my fixes/censors of Pornstar's edits to give the Unreal Tournament Deathmatch SkaarjBerserker a place to roam.