The reasons I use for putting UTDM type monsters onto maps usually breaks down to it being large enough so there's plenty of room for them and players, or in cases like this where the map is spacious but small enough that normal gameplay is over far too fast; monsters add an element of difficulty that can make the game last longer. 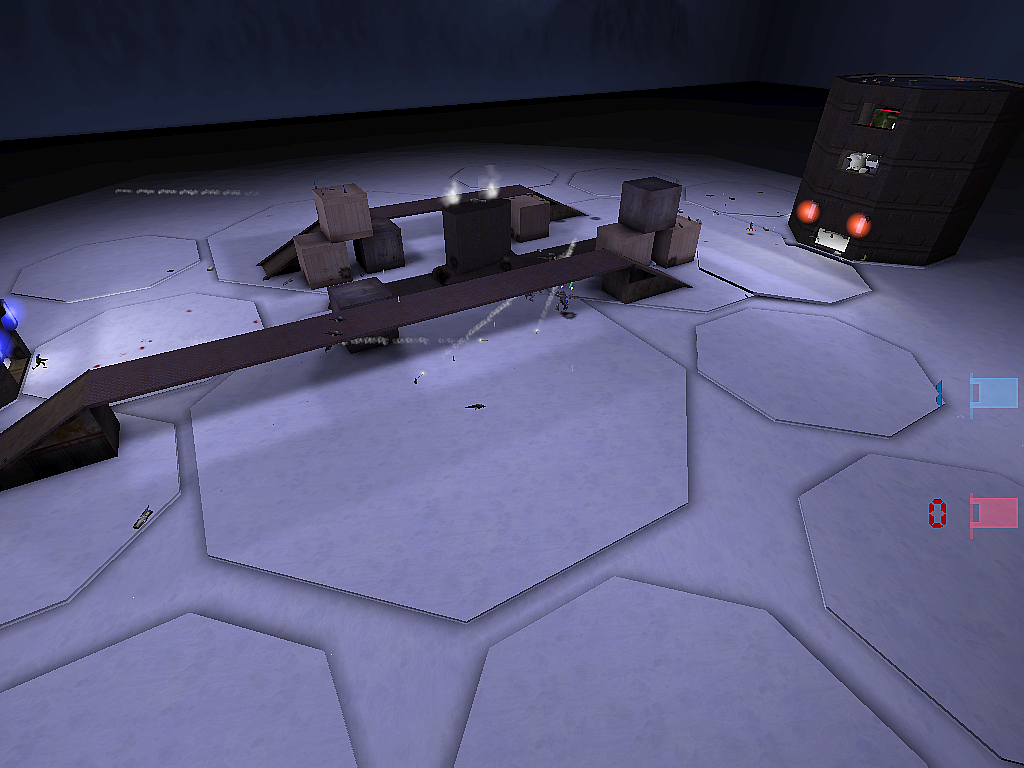 This is a map of 2 bases on not entirely solid ground. The large circular patterns are solid ground, though some of it shifts when players move on it. The rest is icy water and there's a lot going on down below as well. Each base has a UTDMS, a Team Skaarj Berserker, guarding it... but that's still up top.

Down below, for the most part, are 2 Cyberus. Not at all team affiliated and armed with redeemers. Sometimes they become aware of what's going on above them and shoot at players with redeemers or their eye-beams... 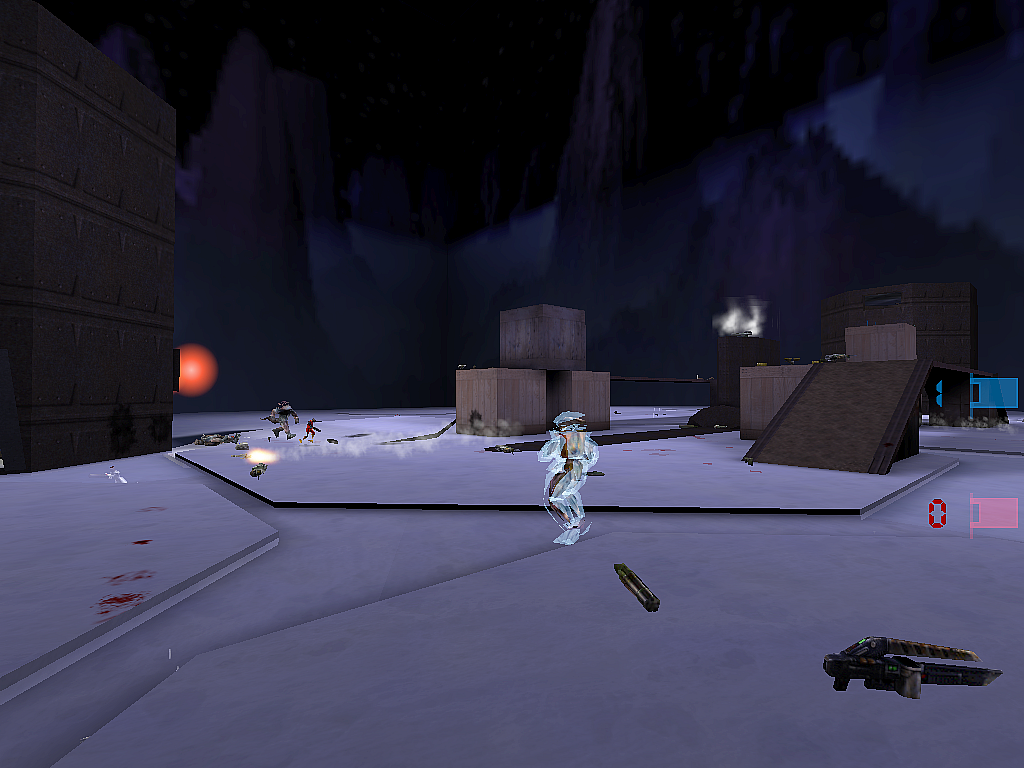 ...and sometimes they come to the surface and attack players more directly.