The first time I recall Nelsona using "monster-pathing" was for his edit of a MonsterHunt map I've edited like a guhzillion times; most of you probably know which map I speak of. I only mention as these 2 recent edits both employ the pathing he uses for the UTDM-monsters, and it often reminds me of that first time.

These are 2 edits of the same map, sort of. One of the two I edited was an edit of the first one... so really I edited the original and then edited someone else's edit of that original.

I altered the 2nd edit a few times, the 1st I only had UTDMT at the time I first edited it. When I got the UTDMW & UTDMS and had made more skins for all of those, I made further edits. 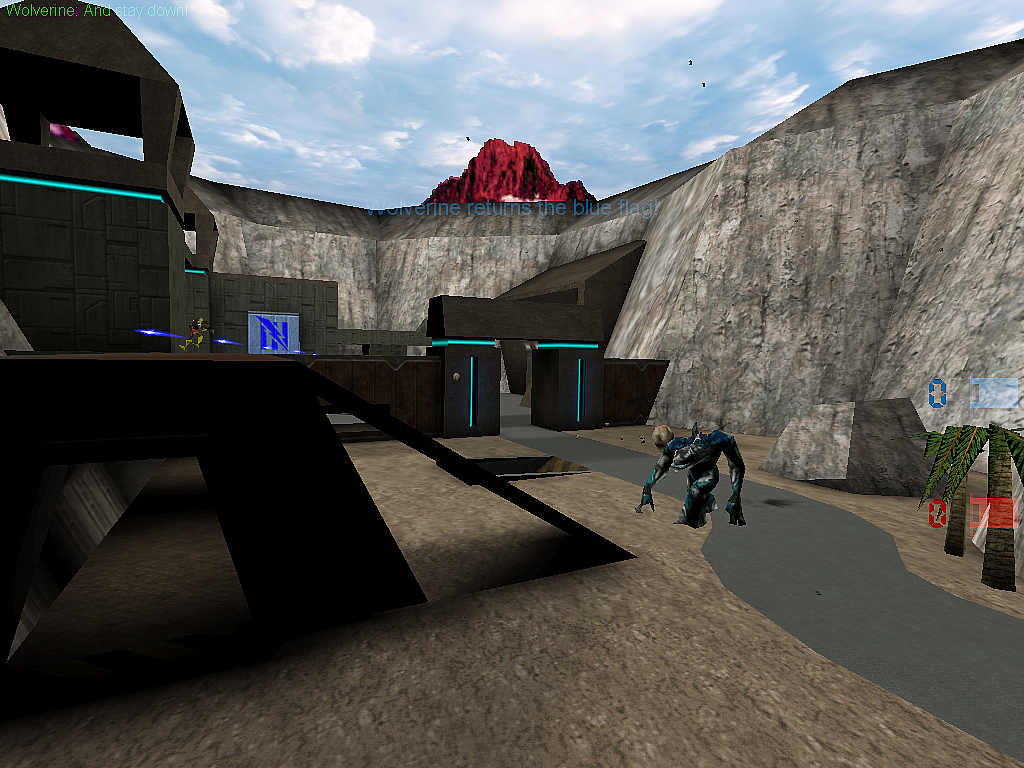 What we have here is 2 standard multi-level bases, partly built into the mountain off to the side, with a ut24k cannon defending within and a Titan walking a regular patrol route that takes it into the base and the surrounding areas outside. If the Titan detects a threat, it will chase it down to the best of its ability, provided something else doesn't kill it first and/or an obstable gets in its way that it can't get around... after which it will return to its patrol route. 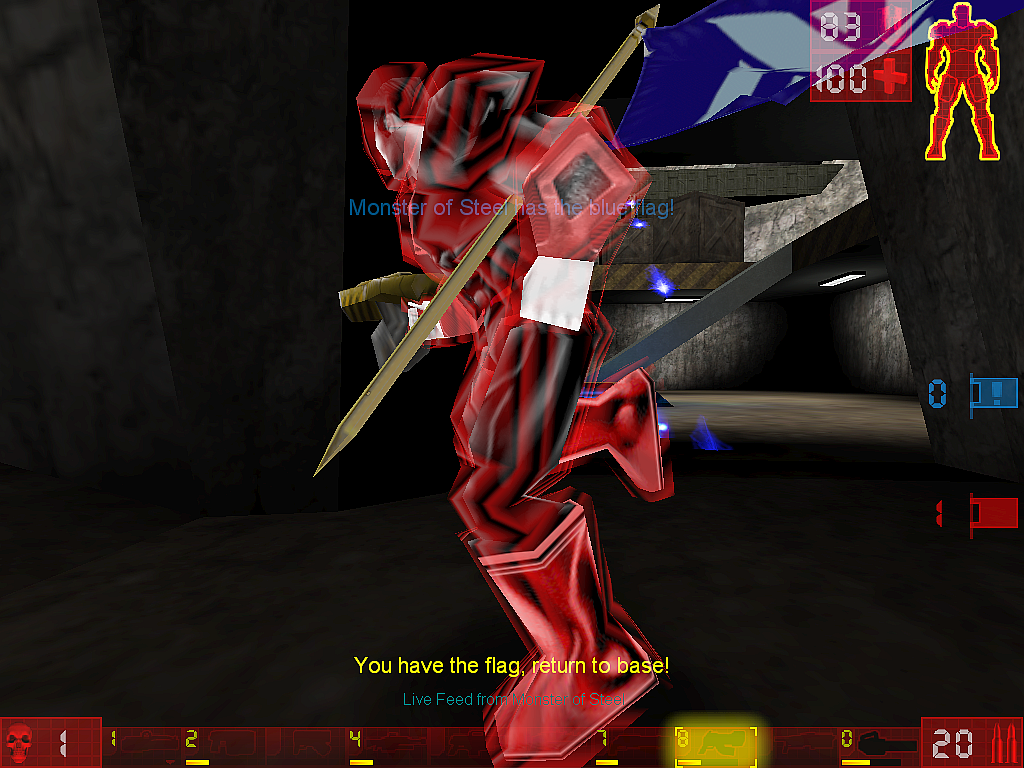 CTF-UTDM-Cannons-TwinValley2
This map has the same basic setup as the other one, with a few notable differences... 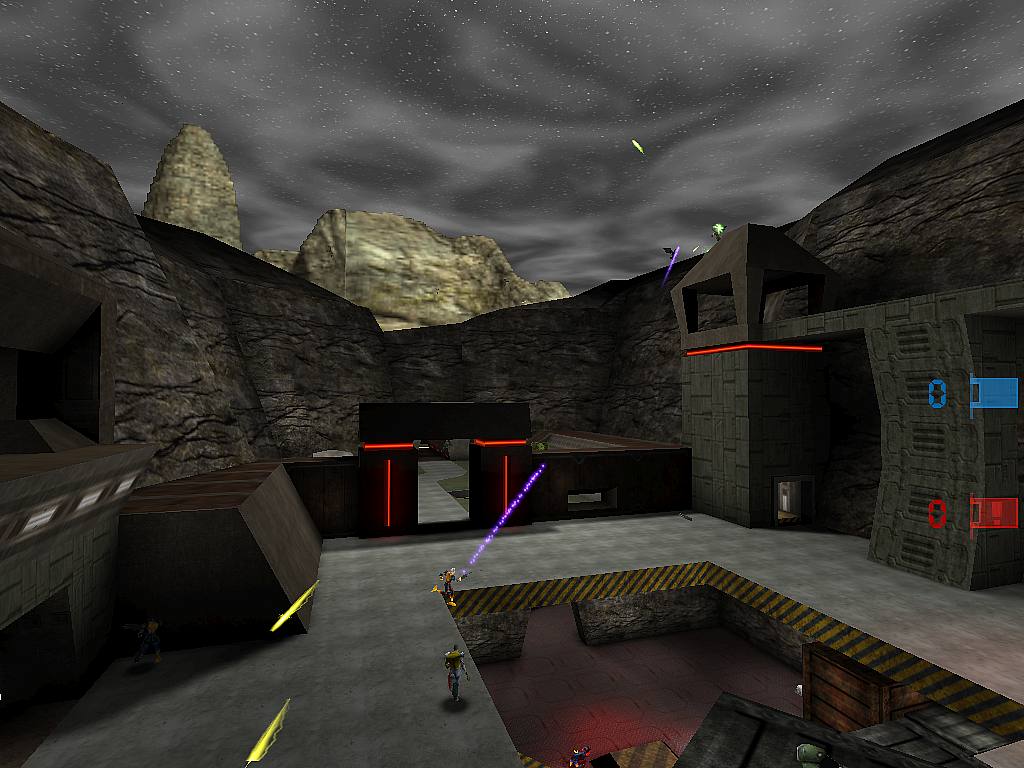 ...the ut2k4 cannons are located differently with higher yield projectiles. Each base is defended by a Tiny SkaarjBerserker (smaller a UTDM-monster is the easier it follows pathing) and there are 2 UTDMW on the map, "Gorgons" that're not on either team.

Combat is all over the place. Warlords fight each other and players, the Skaarj defend their territory and pursue threats that breach their areas, and while the cannons defending each base (same as on the other map) only attack those not on their assigned team... they can kill anything they shoot, so occasionally they kill their own teammates too. 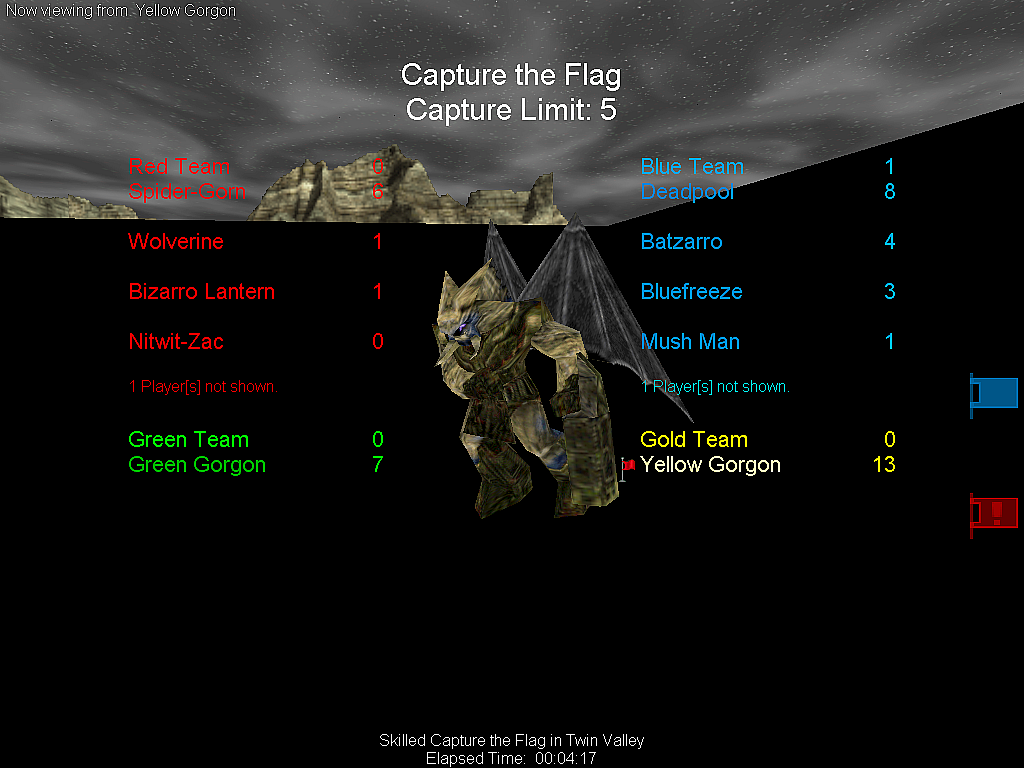 As an added twist, the Warlords can take the flags. Though tiny they've got a lot of health, there are redeemers on the maps to compensate somewhat... but it's handy to play with bots as they will actively go after them... as will the UTDMS.

I love this kinda chaos, makes for more interesting play.