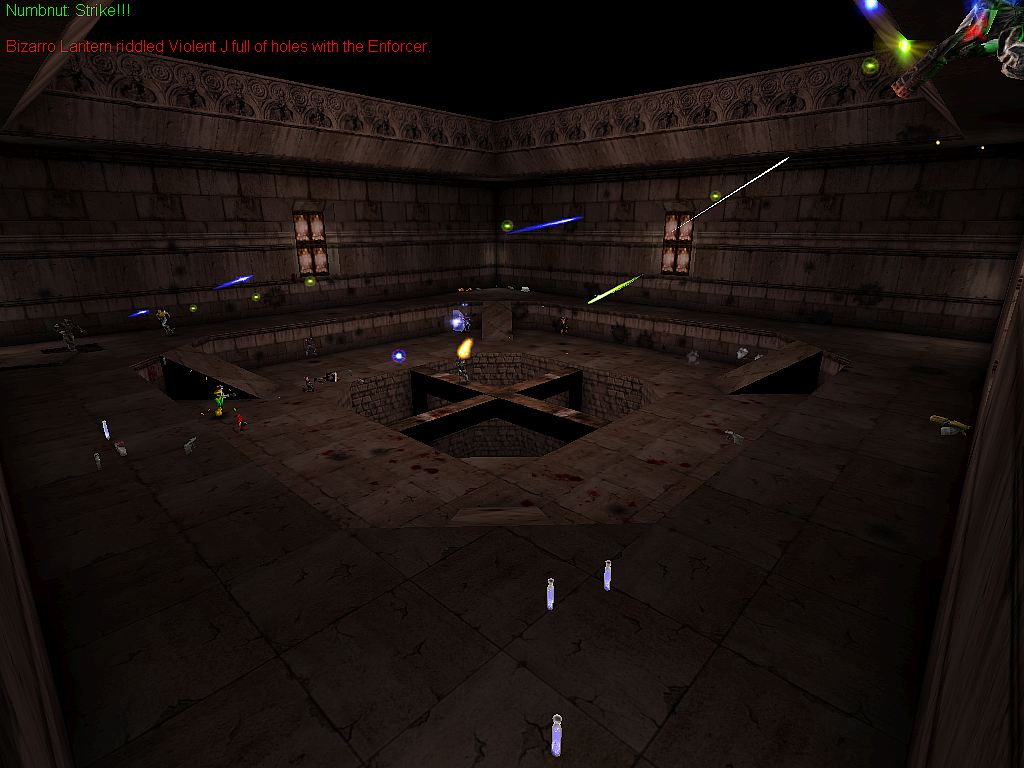 What we have here is an arena styled map with 5 weapons on it, with a not so quite bottomless (still far down enough to kill you) pit in the middle. There's a UTDMW on the map, as most of my edits of his maps will likely feature at least one of those things, and this map took some work.

It's possible for the UTDMW/Warlord to win, but you don't have to make it easy for him.