This is a nice sized fortress with symmetrical bases and an insane number of jump pads... 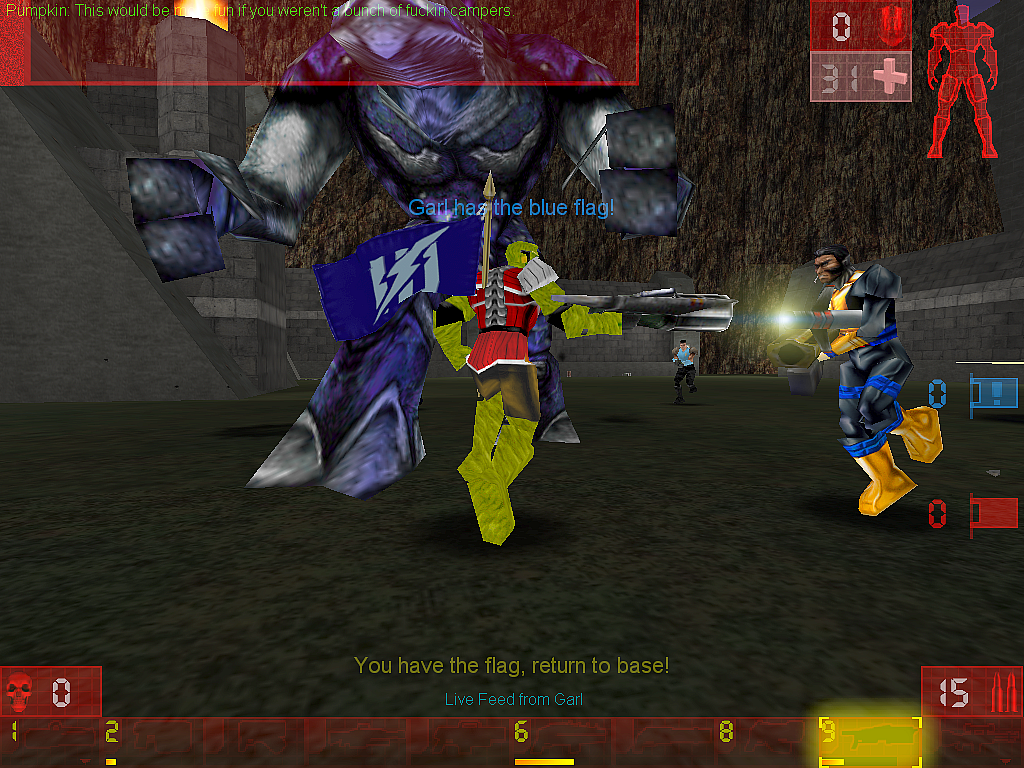 ...allowing for multiple ways into each base as well as lots of levels of combat.

Snipers will love this map... 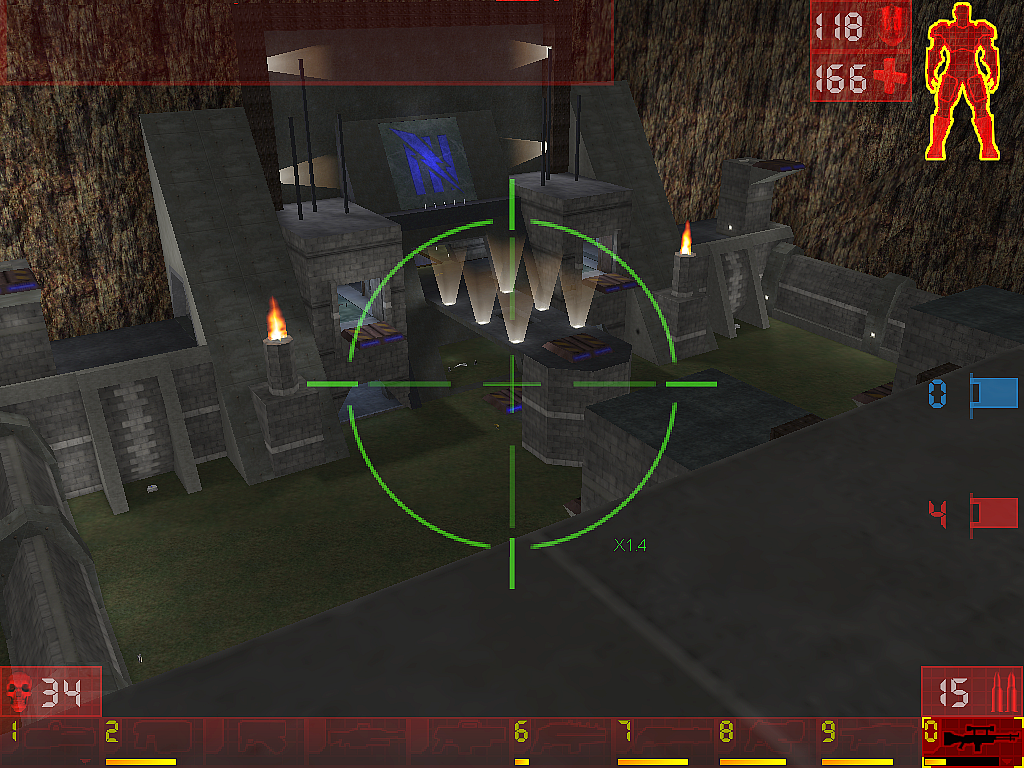 ...once they work out how to get up where the sniper rifles are.

Initially I had 4 UTDMT, 2 to a team, on the map but I decided to change that up. When GorGor made them originally I don't think he took into consideration how easy it is to telefrag them, and I suspect that's why the later versions had an interesting feature built into them... 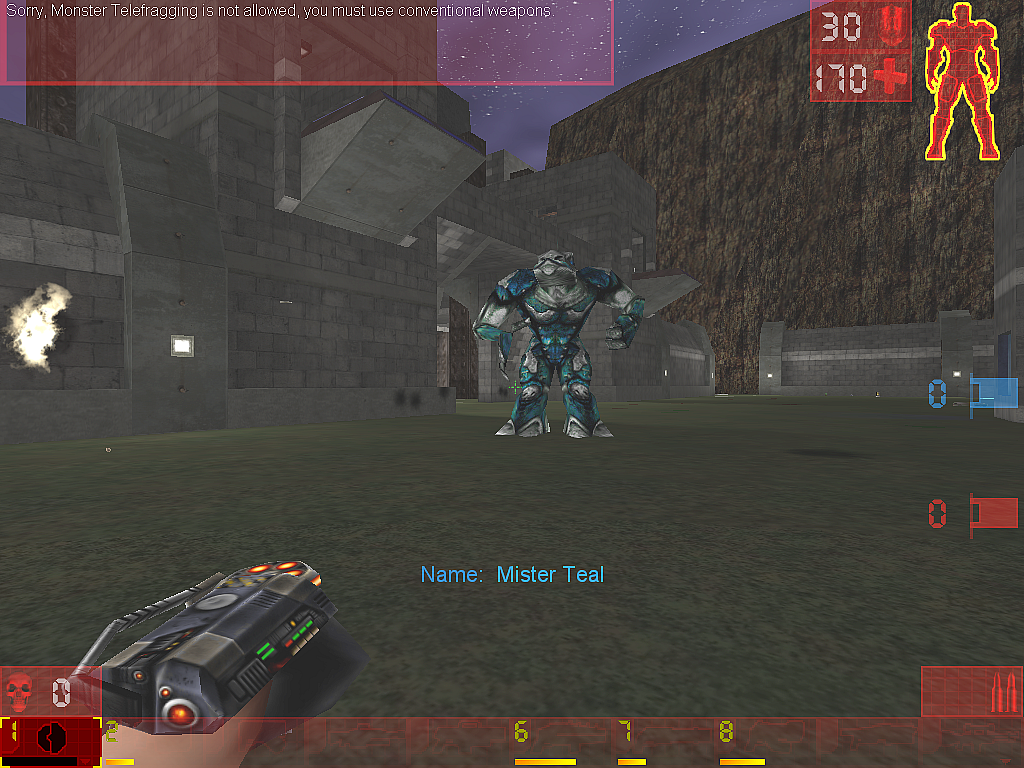 I also added some power-ups which weren't there originally, placed where the Redeemer is. If you can get there, you should get all the prizes!