I missed out on ever chatting up SalleyDeth, she was before my time... in that I was playing UT since it 1st came out but I didn't discover forums until 2011. I haven't seen all of her maps, but I've seen a few.

This one is my favorite. 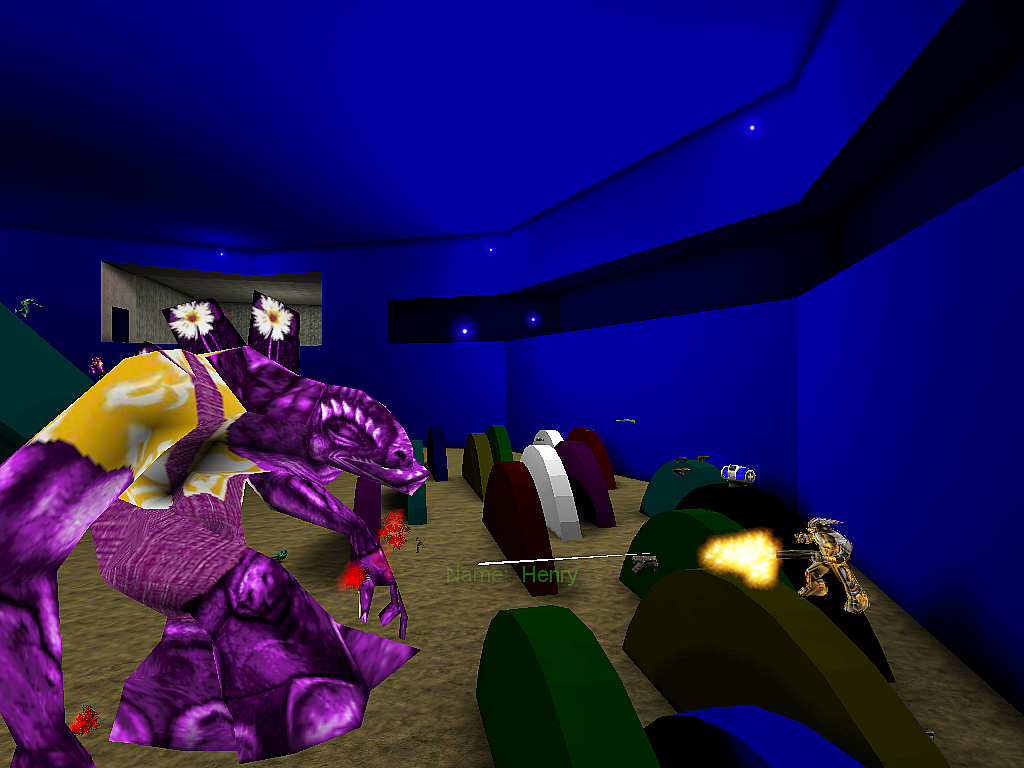 Some obvious changes, I re-skinned Henry. Felt he deserved some slightly better clothes so I gave him a Hawaiian shirt and some actual denim.

Beyond that, the original map lacked any pathing. As someone that plays with bots pretty much all the time, that couldn't be left as is... got Nelsona to fix that up.

I also removed Henry's ability to throw boulders. Yes, I know he never had that ability but I had to do it over when I replaced Henry... 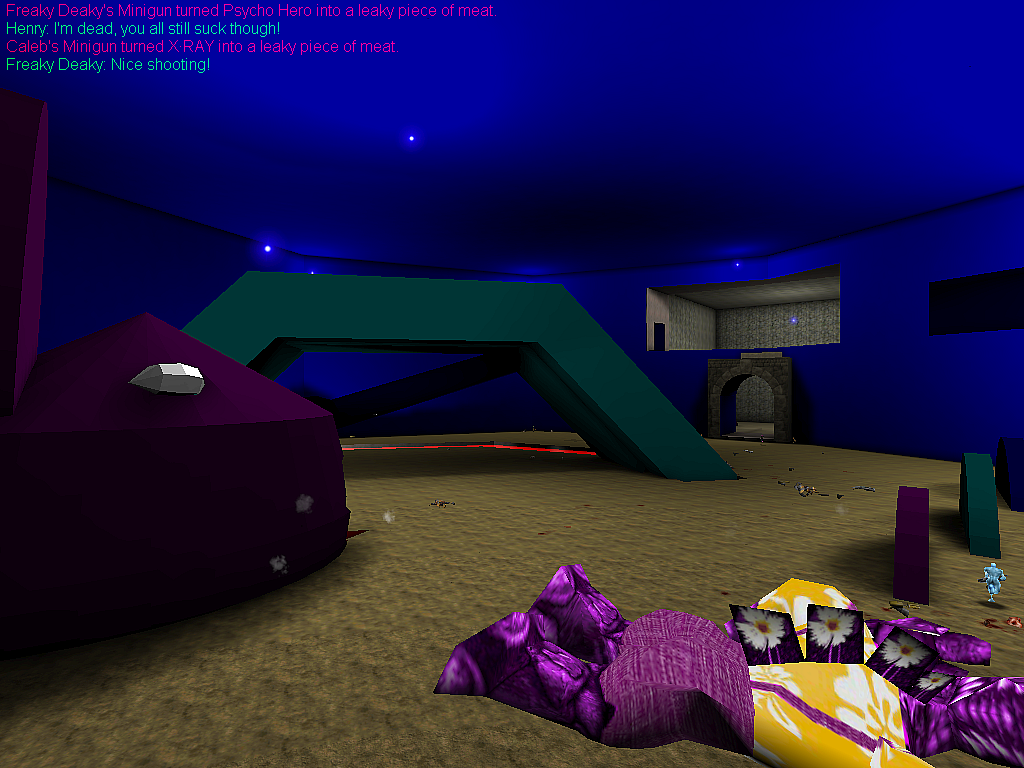 ...with an Unreal Tournament Deathmatch Titan.

As a UTDMT, Henry now has the potential to win the game and the boulders gave him too much of a bowling edge. Plus, Henry can respawn now when killed.

To keep things somewhat fair, I added a redeemer to the map.