This is the 2nd edit I've done and released of Silver Ibex's Appalachian Wonderland. Loosely designed for Infiltration, it's a wide open and GIANT of a map, which shows no lag and has some structures you can go inside of. Silver only ever released the map for CTF & DM, even though he placed Control Points for DOM on the map I've never seen any Domination version of this map released anywhere.

My previous edit was this · https://unreal-games.livejournal.com/176719.html · for CTF under XV & using UTDMT; probably won't operate as it was intended anymore under the new UT-patch.

I may do another for XV strictly for Deathmatch some time later. 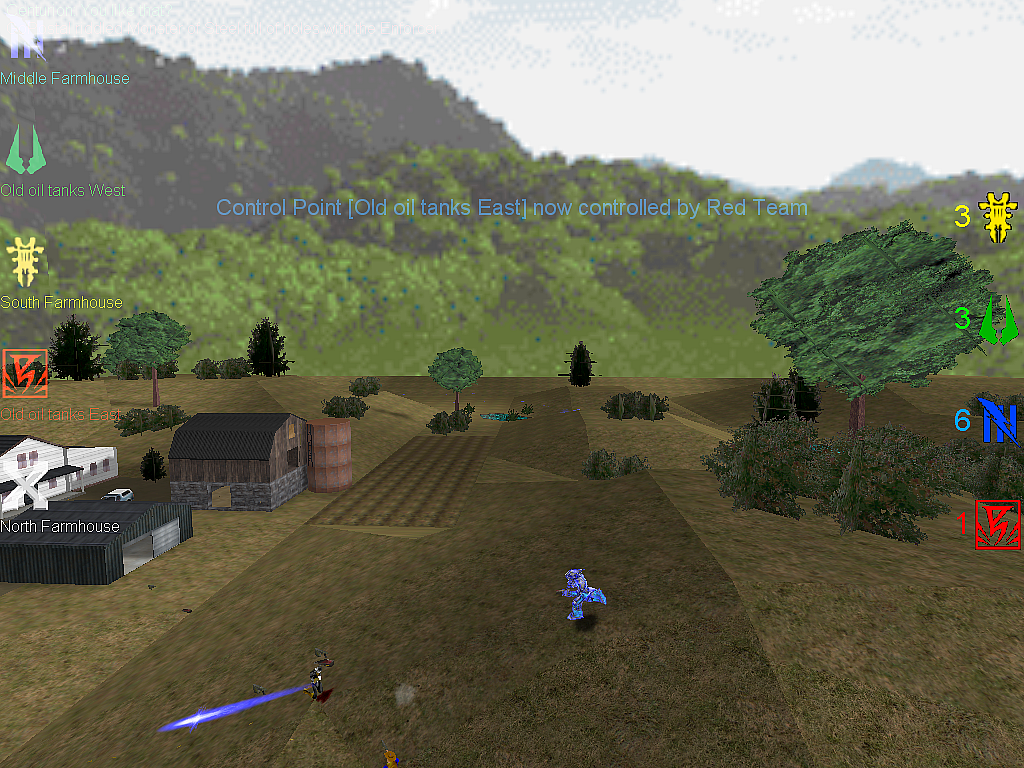 What we have here is the same as before but for Domination. Spaces between the Control Points is significant, if you're not greedy you could secure 1 or 2 and still come out ahead provided you kept them well defended.

This map has 5 Control Points! 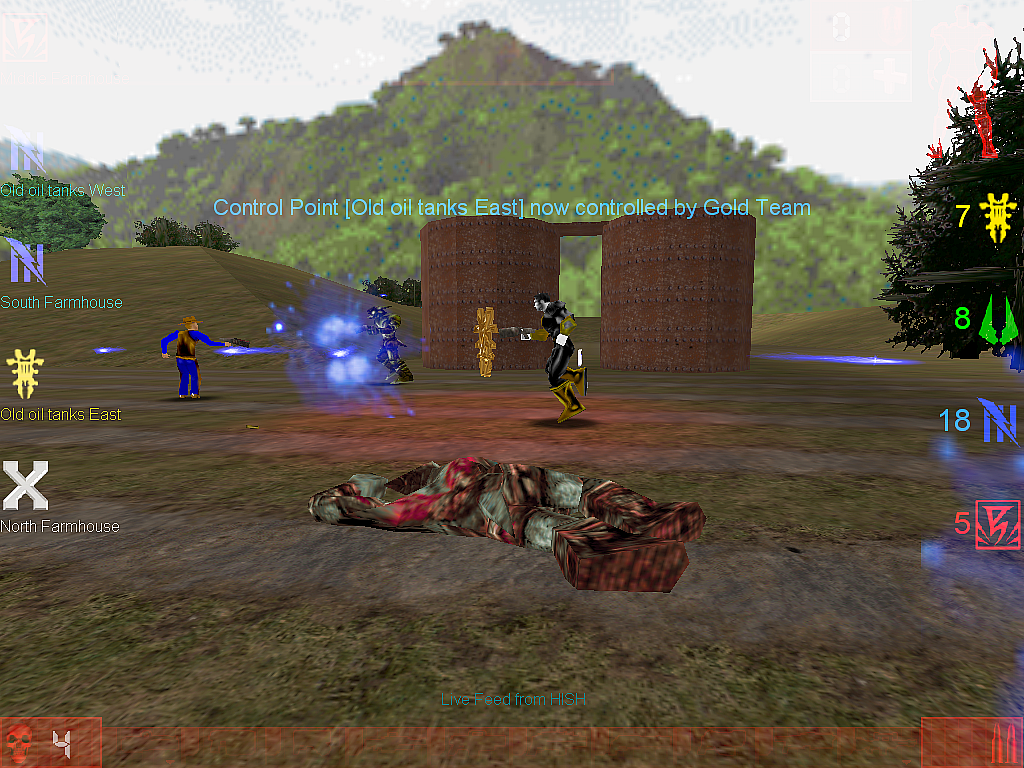 Original release of the map had no weapons, but there's sniper ammo here and there suggesting it was probably intended for use under the sniper arena mutator. Every edit I've ever done I felt a need to add weapons, and extra ammo. In that... I added sniper rifles near all sniper ammo, placed 1 redeemer in each barn, there's rocket launchers in some structures, and instagib in the sniper perches...

...if you're familiar with Silver's TigerHunt maps, you know there's inverted sniper perches in the ground under camouflage. You hop on in and shoot away from a position that's hard to see and even harder to shoot into.

As DOM isn't always played with transloc, there's jump boots in the bottom level of the barns to access the redeemers on the 2nd level; there's a staircase too but it's easy to miss. 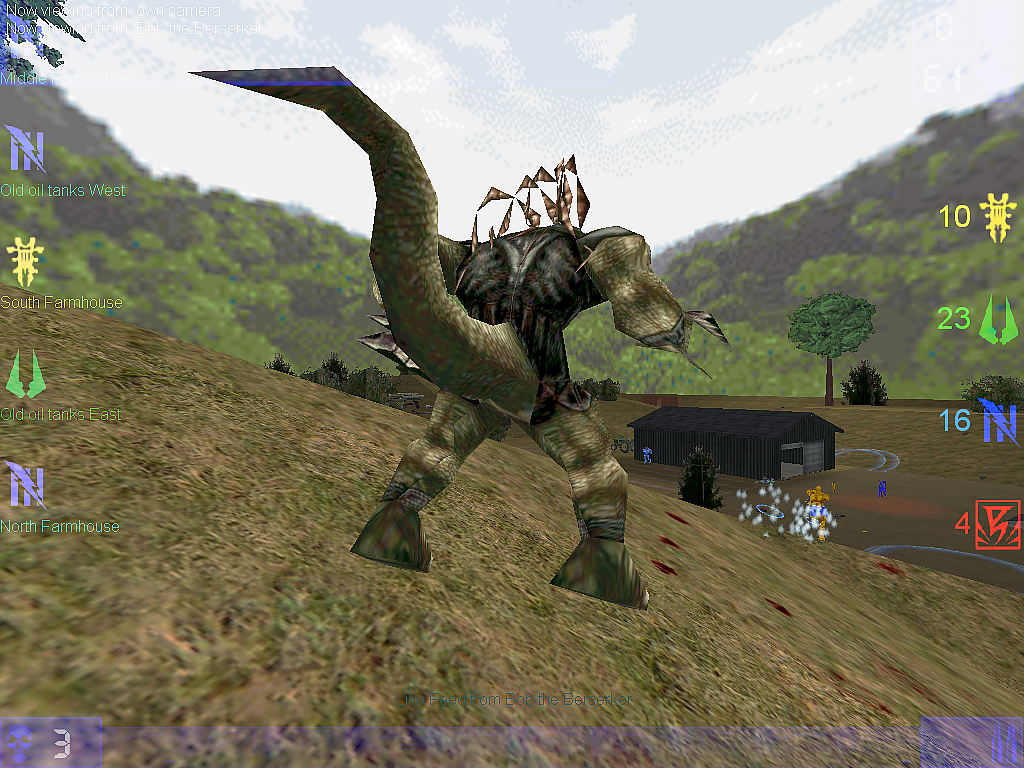 ...the UTDMS in a non-team aligned capacity is a random element. Though technically he's on the Yellow Team that doesn't stop Bob from killing members of that team.

Bob touching Control Points doesn't tag them for Team Yellow. In some cases I've seem the point turn back to its default blank x from Bob, which is weird but not a big deal.

Conflicts with the new UT-patch only come into play when any UTDM-monster is assigned to the Red Team.